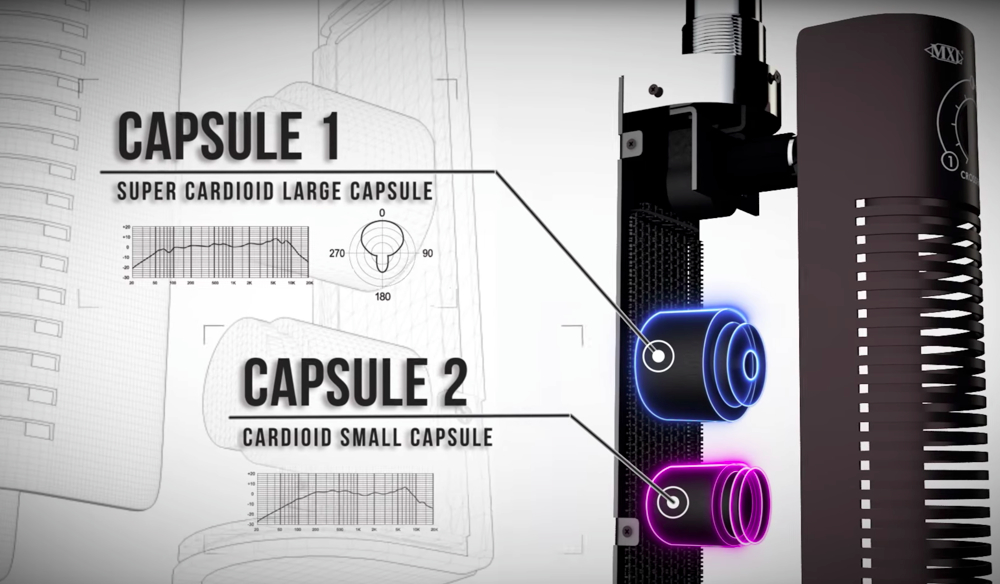 This is just one of those rare cases where you can’t help but wonder why on earth no one had thought of this idea long ago. Well, someone had to be the first and with the DX-2, MXL won this race easily as no one else saw it coming and even knew it was category. Well, it is now!

So, what is the DX-2 – and why is it so significant? In short, it’s a dual-capsule microphone. That on its own is not the revolutionary part, though. The brilliant thing here is that the two capsules sound very different – one is a large capsule with a super cardioid pattern and the other is a small capule with a cardioid profile – and that you can blend them!

But again, why is this so special? Well, it means that you can dial in not only two distinct sounds (each capsule on its own), but in between there are virtually endless subtle details of sonic flavors to be found. Sure, the closer you get to the center where both capsules are used euqally, slight phase effects are introduced, but turn it just a tad in either direction starting from one of the capsules and you will immediately begin to notic the change in tone.

Think of it like a Jazz bass where you can turn each pickup up or down just a little and your sonic landscape shifts on the spot. Or think of a Stratocaster where the traditional mic would be like have one Strat with a neck pickup – then another with a bridge pickup and a third with a middle pickup.

Conclusion: having two distinct capules – and thereby sonic profiles – in one mic is twice as awesome as just having one at your disposal. But adding the ability to seamlessly blend those capules is three times as awesome. If not more!